What is a safety control type

back to All Articles 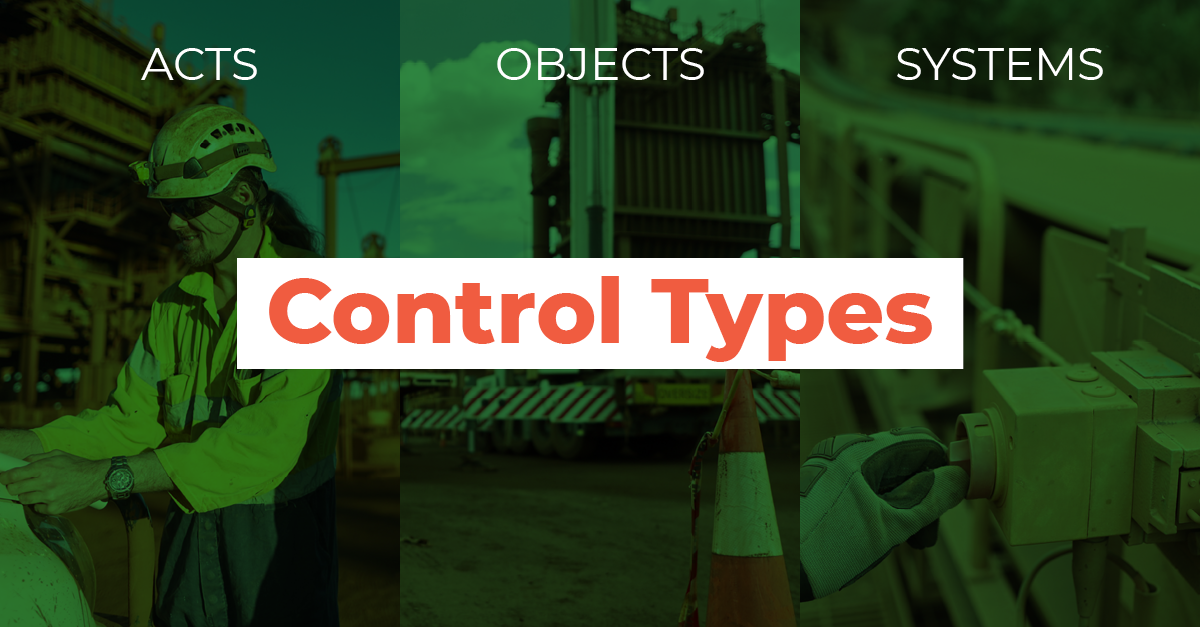 Let’s dive deeper into ‘Act’, ‘Object’ and ‘System’ controls, this is a follow up to a previous video that covered the new definition of a control.

What is an ‘Act’? An ‘Act’ is a human act, which of itself, arrests or mitigates an unwanted event. For example, the act of giving way to your right at a T intersection, slowing down in wet weather and obeying road signage.

These acts could be defined inside procedures or work instructions, manuals or guidance notes. They can be covered in training material, or alternatively, you may have these as part of your operational experience. For example, when driving on a high-way during wet weather you know to slow down to further prevent an unwanted event.

A word of caution, from a risk assessment perspective, you’re not listing the procedure, training or operational experience, you’re listing the ‘key act’.

What is an ‘Object’ control? These are engineered objects, which by themselves prevents or mitigate an unwanted event. There is no human act to function, they do what they need to do, independent of the human act.

Drilling deeper, there are both passive and active objects. A passive object control could include a roadside barrier, whereas active controls could include autonomous braking.

Join the safety evolution. Sign up to receive email updates.

Thank you! Your submission has been received!
Oops! Something went wrong while submitting the form.